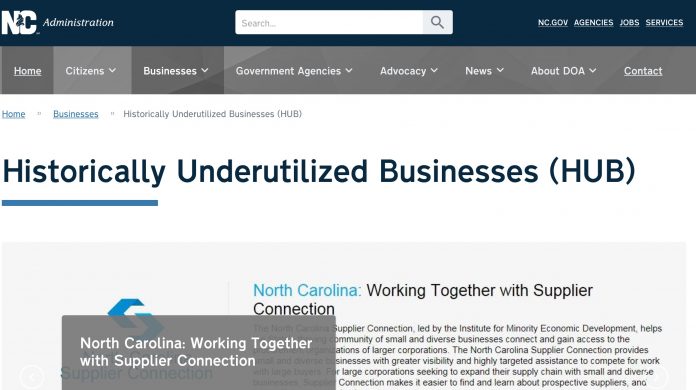 The design firm says HUB, an acronym for Historically Underutilized Business, is given to select companies following a rigorous application, vetting and certification process.

The state’s Department of Administration—which acts as the state government’s business manager—seeks out HUB-certified businesses when offering bids for key projects.

“Further, the designation assures private and commercial clients that Barbour Spangle Design has developed and implemented gold-standard bidding and budgetary processes, and accurate project management tools in addition to their lauded design creativity and customer-centric services,” the company says in its announcement.

The firm is co-owned by Christi Barbour and Christi Spangle.

“The HUB certification was recommended by an architecture firm that knew our work and believed partnering with us was right for a number of projects,” said Spangle. The architect noted that HUB-certified businesses receive higher consideration at the state level. “Even though it was an immense amount of work, we achieved the certification before we presented the project bid and, ultimately, we won the business.”

Spangle also noted that attaining the certification can help other leading architects and builders with whom Barbour Spangle partners by putting those firms in a better position to be awarded top jobs. “It makes us a better partner,” Spangle said.

Since achieving the certification, Barbour Spangle Design also received the Outstanding Achievement in Professional Service Award from the Minority/Women Business Enterprise group, an honor Spangle attributes in part to the HUB certification.