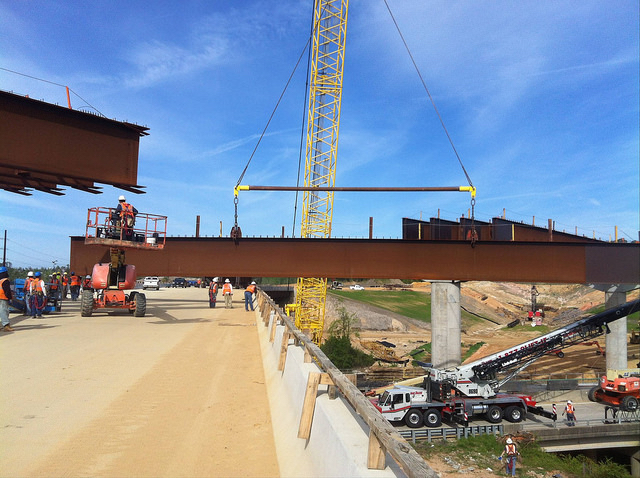 The Carolinas Associated General Contractors (CAGC) says several of the association’s initiatives have been included in a compromise state budget. While the House and Senate are expected to approve about $23 billion in spending (a 3 percent increase), Gov. Roy Cooper has expressed opposition, saying the budget does not include enough funds for education and economic development.

It isn’t clear yet if Cooper will veto the budget from the Republican-controlled legislature; if he does, it would have to pass both chambers a second time, with support from three-fifths of the lawmakers.

Here are some of the budget provisions which CAGC supports. The following narrative is from the association’s Weekly Legislative Update.

Transportation: The proposed budget compromise includes a $320 million increase allocated over the next two years for the Strategic Transportation Improvement Program to fund 100 more highway projects to be added over the next 10 years. The compromise also includes $241 million to improve bridges across the state, another $143 million to improve road conditions and $120 million for the state’s commercial airports.

Capital: The conference agreement includes $56 million for capital projects including $15 million for water resources. Another $125 million is allocated for building repair and renovation. In addition, another $11 million is appropriated in the NCDOT budget for their facility repair projects.

Other: CAGC was successful working with utility owner/operators, and others, having language included in the budget that amend the NC Underground Utility Safety and Damage Prevention Act to bring it in line with federal requirements eliminating specific right-of-way maintenance activity exemptions. Eliminating the exemptions makes North Carolina eligible for federal grants that will help fund the state’s Underground Utility Safety & Damage Prevention Enforcement Board.

Funds will be used for the development of a communications and outreach plan to increase interest in job opportunities in the industry, CAGC says.

“During the final days of negotiation, CAGC put a lot of pressure on Senate leaders to support this provision since this was a House budget item that was not included in the Senate budget,” the CAGC update said.

Bob Barnhill (Barnhill Contracting Company), Tim Clancy (Clancy and Theys Construction Company) and Donnie Oldham (Sanford Contractors Inc.) made personal phone calls to Senate leadership asking for their support, CAGC says. “In addition, Secretary of Transportation, Jim Trogdon was almost certainly a big help when he threw his support behind the initiative and pledged to match the $200K with funding from NCDOT. Although not appropriated here, the understanding is that NCDOT will transfer a like amount to the community college system in the second year for a total of $400k for the biennium.”

On the tax side, there are a proposed series of cuts in 2019 — a delay from earlier proposals that would have seen taxes reduced in 2018. If approved, the personal income tax rate will be reduced 5.499 percent to 5.25 percent and raise the standard deduction — the amount on which people pay no income taxes unless they itemize — to $20,000 for married couples filing jointly from $17,500. The corporate income tax rate would decline to 2.5 percent from 3 percent.