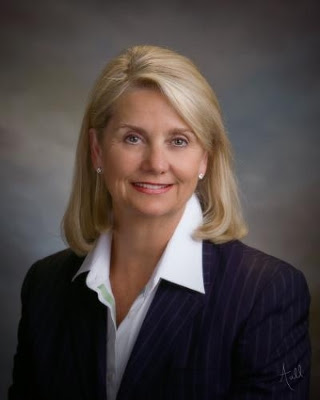 MCLEAN, Va., May 20, 2014 /PRNewswire-USNewswire/ — The Construction Industry Round Table (CIRT), the national business trade association comprised exclusively of approximately 110 chief executives from the leading design / construction companies doing business in the United States and globally, has elected Patricia “Pat” Rodgers, President & CEO of Rodgers Builders, Inc., as Chairman of the organization  for a term of one year. She succeeds Steven T. Halverson, President & CEO of The Haskell Company, Jacksonville, FL.  Rodgers was elected during CIRT’s Annual Spring Meeting, which also welcomed new directors.

Commenting on her election, Rodgers said “It is truly an honor to work with my fellow CIRT members, who share common goals to meet the needs of the design and construction industry through collaboration and leading edge innovation. Joining our voices together helps create one vision for improving our workforce, our individual organizations and our effectiveness to better serve our clients.”

Rodgers is President & Chief Executive Officer of Rodgers Builders, Inc. founded in 1963. Since then, the contractor has grown to become one of the largest in the Southeast, placing 11th in ENR Southeast’s most recent Top Contractors ranking, with $387.4 million in 2012 regional revenue. Nationally, Rodgers Builders ranked 149th, according to ENR’s Top 400 Contractors ranking, published last year.

In 2013, ENR Southeast recognized Rodgers Builders as its “Contractor of the Year.” Recent projects include the $120-million Talley Student Center at N.C. State University, and the BB&T Ballpark in Charlotte.

“With the election of Pat Rodgers as the second female CIRT Chair, the Round Table continues to see diversification of its leadership as a general reflection of the overall design and construction community.  Pat will bring unique insights and understanding to the position, especially as the CIRT CEOs seek to attract a new generation of the best and brightest to our industry,” noted Mark A. Casso, Esq., President of CIRT.

In addition to the executive committee elections, CIRT also welcomed the following four industry leaders as new directors who will serve on the board through 2017:

“CIRT is fortunate to have a dedicated board of such highly regarded industry professionals. We offer congratulations to our new officers and directors, and thank all of our current and outgoing directors for their service to CIRT and its members as well as the design / construction industry” says Casso.