Minto Communities and Margaritaville Holdings says that construction is progressing on the new deep water marina at One Particular Harbour Margaritaville, at Harbour Isle, a 220-acre private island community on Anna Maria Sound in Bradenton.

The One Particular Harbour Margaritaville marina and adjoining neighborhood of 132 residences are being developed by Minto in partnership with Margaritaville Holdings. The marina construction will be completed in the spring of 2018, the developer says.

“The marina’s in-water dredge was completed in July, seawall construction has commenced and dock installation is slated for completion by the end of the year,” says Minto senior vice-president William Bullock. “Construction is on schedule and we are in preliminary discussions with Margaritaville regarding amenities.” 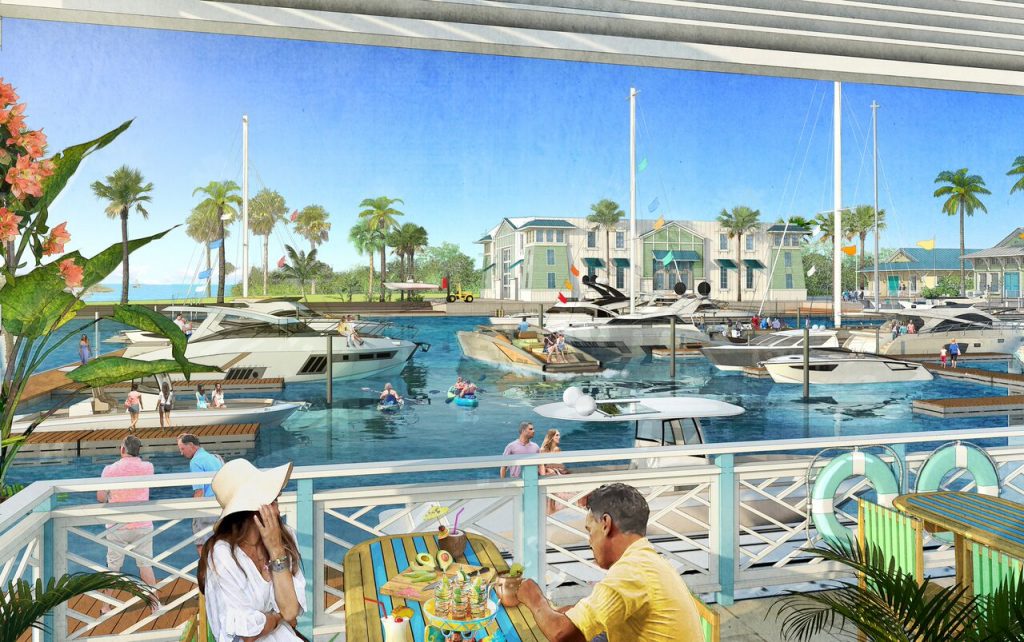 Featuring direct, no-bridge access to the Gulf of Mexico, the marina will include 55 wet slips and 128 dry slips, ships store, and up to 30,000 sq. ft. of commercial space with a signature Margaritaville restaurant concept, entertainment and shops. There will be will include floating boat docks and an enclosed boat storage facility capable of supporting vessels up to 42 feet in length.

One Particular Harbour Margaritaville is the third and newest neighborhood at Harbour Isle.