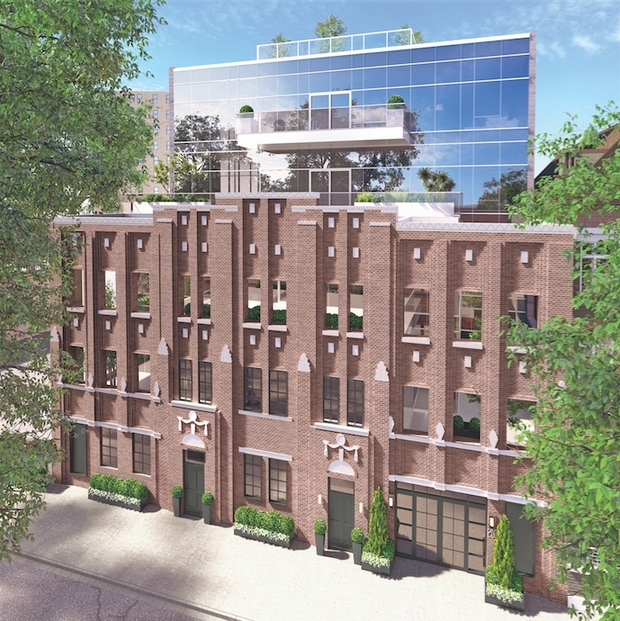 Crain’s Chicago Business has reported that Buffington works with Robert Kroupa, whose Clark Orleans Holdings purchased the building for $4 million last February, according to the Cook County Recorder of Deeds.

The architect on the building permit is Lewis E. Wilson, a principal of Sullivan, Goulette & Wilson Architects.

Crain’s reported that the old garage dates to the 1930s, according to Eugene Fu, the @properties agent representing the condo project.

The garage, whose Orleans Street facade is brick and Clark Street facade is limestone, is three stories tall, and the insertion would be five. That would make the new, glassy section appear to be a taller neighbor behind the old building—much as the 71-story Legacy Tower downtown appears to stand behind older buildings on Wabash Avenue while it actually rises from inside their exterior walls.