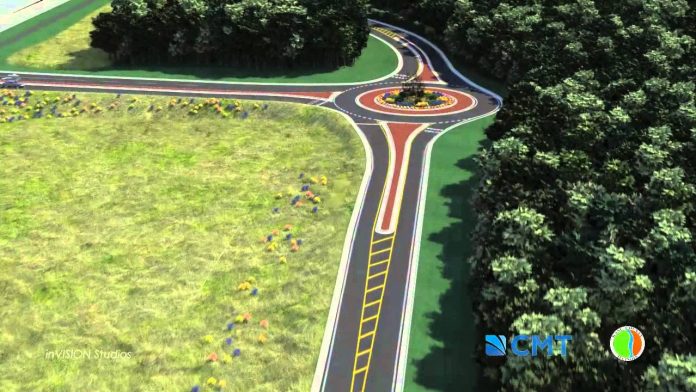 A legal petition to protect an endangered bumblebee has at least temporarily shut down the construction of the latest phase of the $115 million Longmeadow Parkway Bridge Corridor Project in Kane County.

A federal judge issued a temporary restraining order against the Kane County Department of Transportation (KDOT) on April 16 after the group Stop Longmeadow won the order, based on the recent addition of the rusty patched bumble bee to the federal endangered species list.

Construction crews began working at 7 a.m. but, the county stopped all work by 2:30 p.m. and a semi-truck hauled off construction equipment from a location on Longmeadow Pkwy., just east of Randall Rd.

“The county has downplayed the opposition all along,” Rose Zaffina, who joined with the Stop Longmeadow group to stop the project, the Chicago Tribune reported. “Today shows the county that they are accountable.”

There will be a hearing on Friday, April 28, for arguments about a preliminary injunction.\

Federal defendants — which includes the U.S. Department of Transportation, the U.S. Department of Interior along with the KDOT and the Forest Preserve District of Kane County — filed a response stating Stop Longmeadow submitted a last-minute and “a bare-bones declaration from one individual asserting purported harm that she speculates may occur to the bee, but where are not borne out by the facts on the ground.”

However, federal judge Sharon Johnson Coleman ruled a brief stay is warranted, according to court documents. The rusty patched bumble bee was added to the endangered species list on March 21 and the county issued a press release announcing the construction on April 11, the document stated. The group did not delay in filing a lawsuit, it stated. The judge rejected the defendants’ argument that the work scheduled to begin on April 16 would not affect the bumble bee habitat, the document stated.

“The Court finds the balance of harms weighs in favor of the plaintiffs and against the public’s interest in reduced traffic congestions,” the judge’s order stated.

“We have to check out all the facets of what this delay means,” Kane County chairman Chris Lauzen said. “I respect the process, the system and safeguards. I respect those decision need to be made by the proper authorities. I ask to just consider what this is costing the taxpayers in federal, state, Kane County and Forest Preserve funds for lawyers,” The Tribune reported Lauzen as saying.

The county’s preliminary estimates show it could lose between $800,000 and $850,000 on one contract during the 11 day construction delay, Lauzen said.

Stop Longmeadow is raising funds for the lawsuit and has started a campaign which appears to have reached close to its $7,000 GoFundMe target.