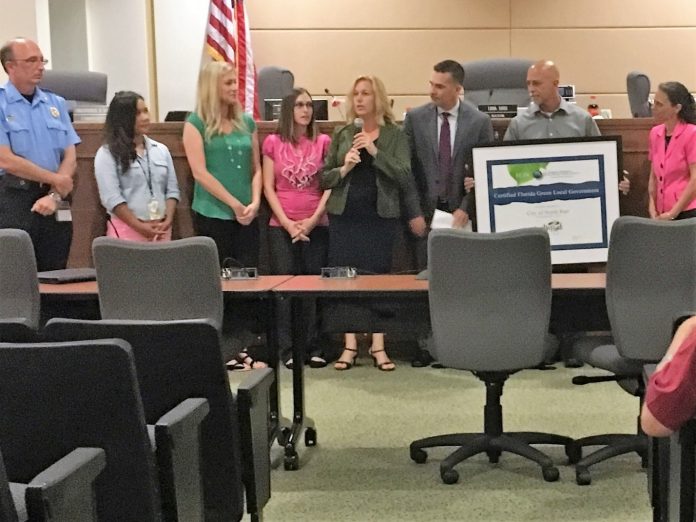 To earn “Florida Green” building certification, a local government must meet the requirements of a comprehensive list of criteria and earn a minimum level of points, organized in terms of department functions, which are outlined in the FGBC’s Green Local Government Standards.

“Since the local program was launched, 68 Florida municipalities have achieved certification, with 20 others registered and in the process of certification,” Davila said. “The program is performance based, not prescriptive, and certified governments have found that many of their existing programs and policies contributed to the point total needed for certification.”

Becoming “Florida Green” is an opportunity for local governments to establish sustainable practices that can be carried out on a systematic basis, and sets in motion a process that will extend beyond election terms and protect the community for years to come.

In 2011 North Port was the recipient of the FGBC’s “2011 Green Achievement Award” for the “FGBC Certified Green Local Government City Highest Score.”