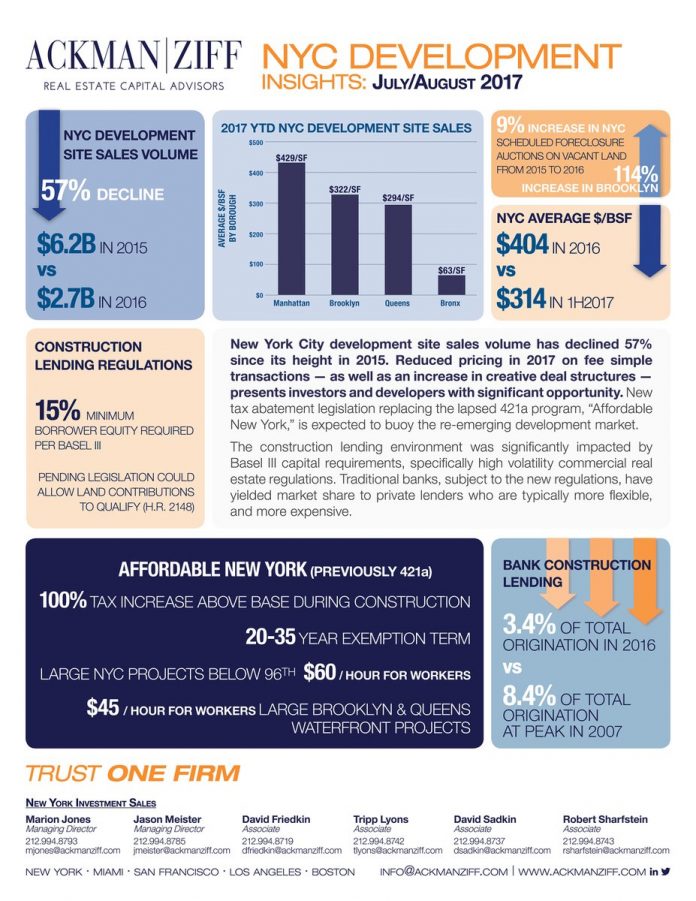 Sale prices of development sites in New York have dropped steeply in 2017, according to a new study from Ackman-Ziff Real Estate Group.

However, the decline in site prices has not yet translated to a hotter market. Various estimates have pegged total transaction volume in the city this year through the month of June between $350 million and $370 million.

That comes after a 2016 with $2.6 billion in total sales, which was a 57 percent decrease in volume from 2015. Although the decline has been precipitous, much of that was in a period without the benefits of the 421-a tax abatement, which resumed in April.

There is a possibility that the market could be nearing the bottom. With the renewed tax benefit, there is some hope the year could finish strong.

“There’s been market capitulation and there’s finally some breathing room for developers to focus on deals that make sense in the market,” Ackman-Ziff managing director Jason Meister told The Real Deal.