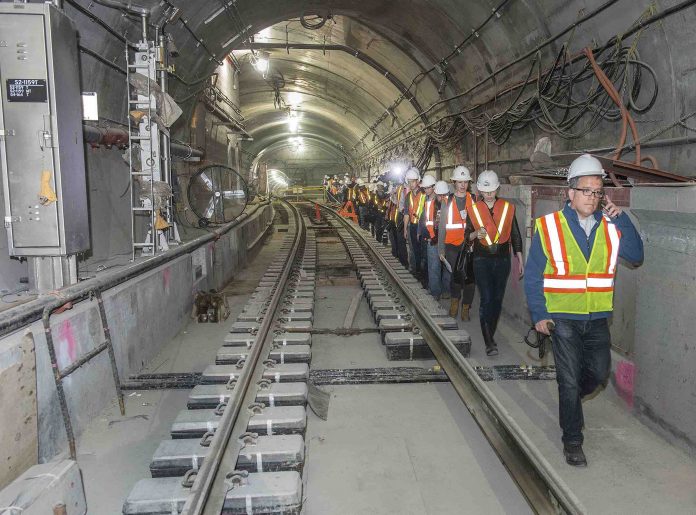 Work on the project, originally started and then stalled in the 70s after decades of planning, resumed in 2007 following the development of a financially secure construction plan.

THE METROPOLITAN TRANSPORTATION AUTHORITY (MTA) AWARDED A TUNNELING CONTRACT FOR THE FIRST PHASE OF THE PROJECT TO THE CONSORTIUM OF SCHIAVONE/SHEA/SKANSKA (S3) ON MARCH 20, 2007. THIS FOLLOWED PRELIMINARY ENGINEERING AND A FINAL TUNNEL DESIGN COMPLETED BY A JOINT VENTURE BETWEEN AECOM AND ARUP. PARSONS BRINCKERHOFF SERVED AS THE CONSTRUCTION MANAGER OF THE PROJECT. (WIKIPEDIA)

Future extensions, according to the MTA, include: