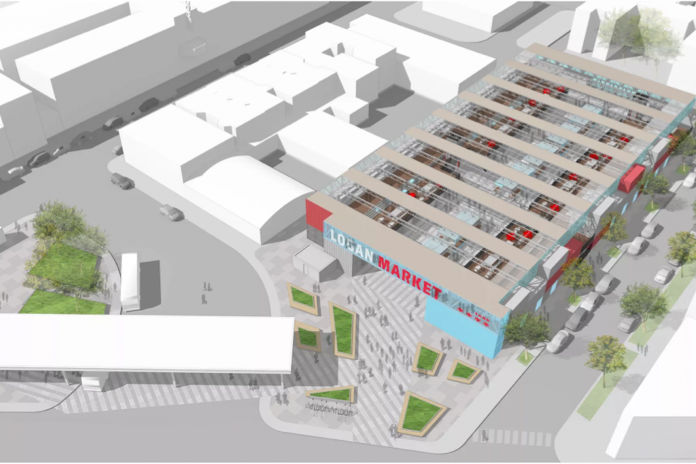 The Chicago/Midwest office of KTGY Architecture + Planning says it has hired Manish H. Shah as executive director of architecture. Shah will work in the firm’s national healthcare design practice, leading KTGY’s continued expansion throughout the midwest and addressing challenges facing the industry in 2017, KTGY said in a news release.

“Manish has extensive experience in the design of healthcare facilities, which represents one of the most in-demand sectors of commercial real estate,” said office principal Craig Pryde. “We’re excited to leverage Manish’s creativity and knowledge as we continue to expand this practice.”

“Healthcare design is one of the most rapidly evolving industries and has an enormous impact on our communities,” said Shah, 46. “Drawing on my experience in designing both newly constructed and renovated facilities, including those that have undergone an expansion, I’m excited to join a team that shares my curiosity and commitment to elevating the experience for medical providers and the patients they serve.”

KTGY Architecture + Planning most recently designed the Northwestern Medicine Delnor OB/GYN Clinic in Geneva, IL., as well as the 40,000 sq. ft. Cadence Health Medical Office Building in Naperville. The firm also supports community health issues and is currently designing the expansion of a Federally Qualified Health Center (FQHC) in Harvey, IL, in addition to continued promotion of health and wellness in its work in underserved communities.

Shah says a number of market factors will guide the direction of the firm’s healthcare practice in 2017, including the Affordable Care Act. “While the future of this legislation is uncertain, what is certain is that healthcare providers will continue to focus on efficiencies,” he said in a statement. “We expect hospitals will continue to move non-critical care off-campus, as it no longer makes economic sense to house administrative or ancillary functions in a critical care facility. We are continually reimagining these facilities to increase the amount of billable space.

“At the same time, healthcare systems are also looking to facility design as a means to create a stronger sense of place,” added Shah. “Outpatient facilities are increasingly being incorporated into retail centers, requiring the exterior design to be more inviting and blend into the fabric of the community. Similarly, inpatient facilities are moving away from the traditional stoic hospital design and toward a more welcoming, less institutional structure.”

Before joining KTGY, Shah served as director of architecture in the Chicago office of BSA LifeStructures, a national architectural firm specializing in healthcare design. Previously, he spent more than a decade as a project architect at Chicago based OWP/P Inc., where he was involved in all phases of design and construction on a wide range of healthcare projects, including the Northwestern Medicine Prentice Women’s Hospital. He began his architecture career at Anthony Belluschi Architects, also based in Chicago. Shah holds a bachelor’s degree in architecture from the University of Illinois at Chicago.

“Real estate is the second most important investment we make as a company,” CA Ventures CEO Tom Scott said in a statement. “Our investment in talent – the people who work tirelessly to bring each deal to fruition – is the reason we’ve been able to take CA Ventures from start-up to a $6.3 billion global real estate conglomerate in just over 10 years.”

Smith, 36, has been with CA Ventures since 2007, when he began as a project manager on 309 Green, CA’s first ground-up student housing development in Champaign, IL. During his nearly 10 years with the company, he has overseen more than 40 ground-up developments valued at more than $2.5 billion across multiple divisions. In addition to boasting a robust development pipeline, CA Ventures has tripled its corporate headcount in the past three years alone under Smith’s leadership.

“Ever since my first encounter with J.J., I knew his can-do attitude combined with his real estate expertise would be instrumental in fueling our expansion,” said Scott. “His passion and creative approach to each deal are an inspiration to his team members and everyone at this company, which wouldn’t be the same without his leadership skills.”

Ben Burke, 33, joined CA Ventures in 2015 just as the firm was increasing its focus on the senior housing category. During his first two years at CA Senior Living, Burke worked on closing seven high-profile deals valued at $210 million and helped to create and implement a data-driven market selection approach designed to augment the company’s existing investment strategy. He previously served as vice-president of development and investor relations at Spectrum Retirement Communities, where he was directly involved in the development of 20 communities comprising 2,300 units across nine states.

“I knew our experience in student and multifamily housing would translate well in the senior sector, but I also knew that we’d need to be decisive in our team building and strategic in our planning,” Scott said. “In short order, Ben has created a pipeline of opportunities second to none in the senior living industry. He is a terrific asset to the senior living team and has seamlessly merged his experience and vision with the company’s plans for continued growth.”

Burke holds a bachelor’s degree in real estate from the University of Denver.

Also rising through the ranks at CA Senior Living is Matt Booma, 36, who came to CA Ventures in 2013 as a member of the student housing and multifamily development teams. Booma brings more than a decade of architecture experience to the firm through prior positions at Lucien Lagrange Architects and Perkins+Will. He eventually transitioned to the CA Senior Living team, helping pave the way to opening CA’s first two senior developments. In his new role, Booma will continue to lead development activities for the division.

“Matt is a go-getter who shares our vision for providing best-in-class residential options designed to facilitate the active lifestyle so many older adults seek,” said Scott. “His knowledge will continue to inform our growth strategy – both locally and nationally – in the senior housing sector.”

Booma holds a bachelor’s degree in applied science and masters of architecture from the University of Illinois at Urbana-Champaign.

Danielle D. Kleinhans has joined the Chicago headquartered National Steel Bridge Alliance (NSBA), a division of the American Institute of Steel Construction (AISC), as its new managing director. She will be responsible for maintaining and building on the activities, strategies and culture that have positioned the alliance as a respected leader in the bridge community, as well as work to expand its impact to help increase the market for fabricated structural steel for bridges. She replaces William McEleney, who has worked for NSBA and AISC for nearly 30 years and will continue to serve as a consultant for NSBA.

“I have worked with Danielle on various bridge industry activities and committees and believe she is the right person to assume the leadership role at NSBA,” said McEleney. “Her position as managing director of the Epoxy Interest Group (EIG) of the Concrete Reinforcing Steel Institute (CRSI) has given her significant exposure and experience within the bridge community and also an understanding of how to operate within the association world.”