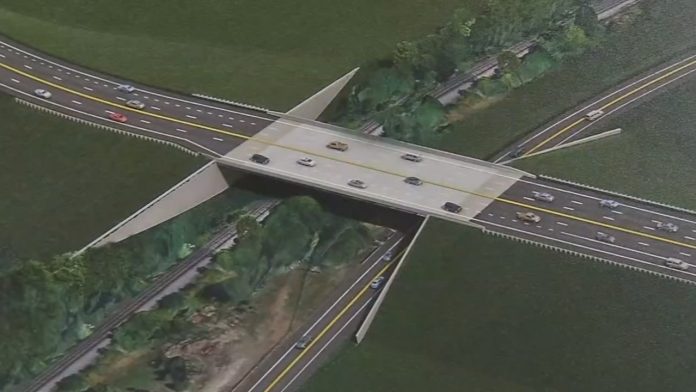 A $30 million railroad overpass project in Columbus is setting the stage for Cummins, Inc., the community’s largest employer, to upgrade its corporate headquarters.

Indiana Gov. Eric Holcomb announced the overpass project July 5 at the intersection of State Roads 46 and 11, the main entrance into Columbus, WDRB.com reported.

“This is huge. We’ve got about 40,000 vehicles a day that come across State Road 46 to get into our out of our downtown,” said Columbus Mayor Jim Lienhoop. “The population of this city is only 45,000. So we have a true traffic funnel on the west side of town.”

The rail project allows Cummins to proceed with a $50 million makeover of its downtown corporate headquarters. Twelve-hundred people work in the building, which has not been upgraded since it was built in 1983. The renovation cements Cummins commitment to stay in Columbus as the company nears its 100th anniversary in 2019, according to the WDRB report.

“The way the railroad sits, it basically cuts in half where our workers live and where and this place is,” said Cummins president and COO Rich Freeland. “So we needed a plan and a commitment that it was going to be addressed so we could make this investment.”

“What we’re seeing here today is truly the definition of teamwork in action,” Holcomb told the crowd gathered in the lobby of Cummins Engine headquarters.

Holcomb said if the state is to grow, it must invest in infrastructure. The state’s gas tax went up by 10 cents a gallon on July 1 to help pay for roads and bridges.

Both projects are to be completed by late 2018.