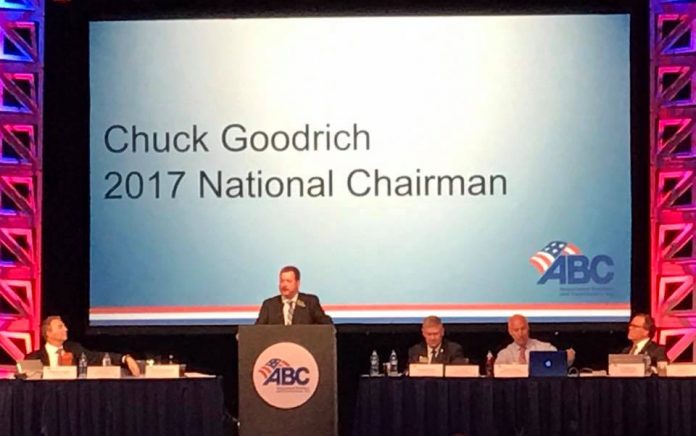 The 2017 Associated Builders and Contractors (ABC) national chair Chuck Goodrich’s op-ed calling on Congress to pass the Fair and Open Competition Act (H.R. 1552/S. 622) was published in The Hill on April 10. This ABC-priority legislation would allow America’s entire construction workforce—including the 86 percent of the private construction workforce that has chosen not to join a labor union—to compete on a level playing field by ensuring that taxpayer-funded construction cannot be subjected to costly and discriminatory government-mandated Project Labor Agreements (PLAs).

“Gaylor Electric’s 1,100 skilled employees and their families benefit from opportunities provided by fair and open competition on public works projects,” wrote Goodrich, president of the Indianapolis-based company and ABC’s 2017 national chair. “However, the government undermines our ability to fairly compete for contracts subject to government-mandated PLAs because it forces us to hire unfamiliar workers instead of the key ingredient that makes our company a safe and efficient industry leader.”

The bill, introduced by Rep. Dennis Ross (R-Fla.) and Sen. Jeff Flake (R-Ariz.), and would ensure that PLAs cannot be mandated in order to perform federal or federally-assisted construction projects. It was reported favorably out of the U.S. House Oversight and Government Reform Committee March 28. It currently has 35 co-sponsors in the U.S. House of Representatives and two in the U.S. Senate.