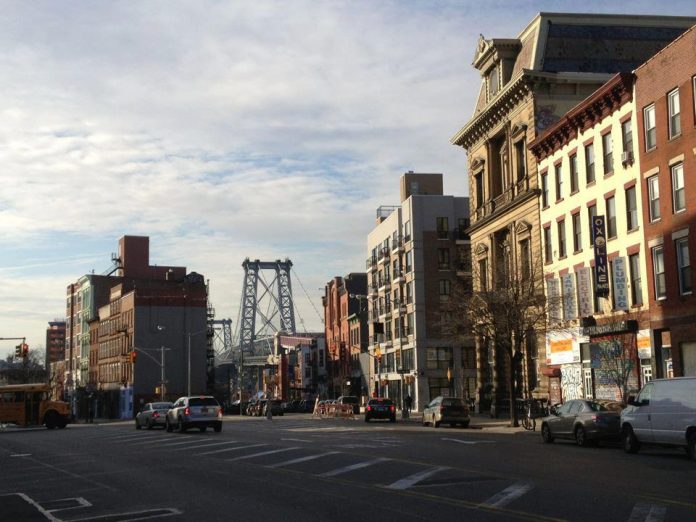 There are different perspectives about the success of New York City’s initiatives to encourage affordable housing.

The New York Building Congress says in a news release that the city is roughly on pace to meet Mayor Bill de Blasio’s 10-year target for the construction of new affordable units throughout the five boroughs.

However, rental developers speaking at a panel discussion at the 101 Club in late July said just one of the Affordable New York Housing Program’s (ANY) several development plans makes sense — and then only in certain neighborhoods, likely in Queens and Brooklyn, where land prices are still low.

That represents approximately 32 percent of the mayor’s construction target of 80,000 new affordable housing units over the course of a decade. The new construction target was first announced as part of the Mayor’s Housing New York Plan released in 2014.

The Housing New York Plan calls for the creation or preservation of 200,000 units of affordable housing over a ten-year period, with 40 percent of that total being new construction. Of the 77,651 affordable units financed to date, 33 percent are comprised of new construction starts while the remaining two-thirds represent existing units where the city has preserved and/or extended their affordability.

Affordable housing accounted for 21 percent of all units authorized for construction across the five boroughs from January 2014 through March of this year.

According to the mayor’s office, 7,705 new apartments and 16,588 preserved homes were financed in the 2017 fiscal year (July 1, 2016 – June 30, 2017) alone thanks to a direct investment of $1 billion by the City of New York, which in turn leveraged more than $1.3 billion in Housing Development Corporation Bonds. That brought total direct city investment under the Housing New York Plan to $2.8 billion and total bond financing to $5.5 billion.

“Shortly after taking office, Mayor de Blasio laid out an ambitious affordable housing agenda and promised to provide the resources necessary to get there,” said NYBC president and CEO Carlo A. Scissura. “Despite a number of obstacles, including the temporary expiration of the 421a tax incentive program and the resistance he has faced in enacting portions of his rezoning plan, he and his team have really risen to the challenge thus far.”

However, he added: “Despite these successes, the lack of an adequate supply of housing that is affordable to New Yorkers remains one of the city’s most pressing issues. It is incumbent upon all members of the design, construction and real estate industry to continue working with the mayor’s office to keep construction going by making a forceful case for the mayor’s neighborhood strategic rezoning initiatives and individual residential projects that promise to deliver significant numbers of new affordable housing.”

Meanwhile, developers at the panel discussion as reported in the New York Post indicated there are problems with rising construction costs and some landowner’s inflated perceptions of the value of their property.

Developer Matthew Baron, president of Simon Baron Development, said the ANY plans only work for the 70/30 program and only in areas where the low-income apartments are geared to those making 130 percent of the area median income — and those rents are already the local market prices.

“If you run models … it is supportive of the new markets,” said Jacob Sacks, principal of Cayuga Capital Management. “But you have to watch the construction costs.”

Ari Shalam, founder and managing partner of RWN Real Estate Partners, said that rising construction costs don’t work with union pricing, and to make money, the project has to be out of a waterfront zone where it would also be subject to higher wages.

Queens had 77 development sites sell for a total of $642 million in the first half of 2017, said Shimon Shkury — whose firm Ariel Property Advisors hosted the discussion — but average pricing dropped 2 percent, to $181, per buildable sq. ft.

Land prices are also the key to making money, but they are “sticky,” Sacks said. “Owners who saw some big numbers a few years ago are looking at their pricing and not realizing it has decreased in value.”

Developers say costs are rising because of the number of mega projects underway.

Without a low land-cost basis, developers are stymied and seeking creative solutions so they don’t sit idle, The Post reported.

Dvir Cohen Hoshen, co-founder and managing member of Adam America Real Estate, says he’s looking at partnering with family owners who don’t want to sell because of the tax hit but are willing to throw in the land for a joint venture.

Earlier this year, he purchased the site at 24 Fourth Ave. in Brooklyn for $36 million with Vanke as the equity partner.

Shkury said apartment rents are hard to make work in Manhattan. “The highest and best use are condos,” he said, “unless you are sitting on the land forever or it is part of a joint venture or ground lease with a long-term owner.”

Shkury says many developers are looking for sites in Flatbush, Borough Park, Flushing and parts of the Bronx — but they all agree market rents are still too low in that borough despite reduced land-costs.