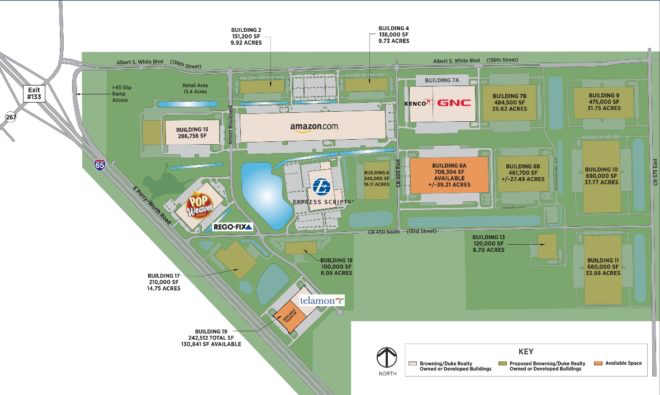 The Seattle-based company will invest in the community by building a new 400,000-sq. ft. facility in the AllPoints at Anson Business Park. The new facility, which is located adjacent to I-65, will serve customers across North America. Brooks Running Company will break ground on the facility this fall, equipping it with product handling technology that will help the company deliver products to runners more timely and efficiently.

The company plans to spend $10.8 million to equip the facility and open the distribution center in early 2019.

Company and state officials did not say how much Brooks would spend on the project, but the Indianapolis Business Journal (IBJ) has reported that Browning/Duke Realty — the joint venture between Browning Investments and Duke Realty Corp. and primary developer of AllPoints at Anson — would construct and own the $15 million building.

“We are pleased to welcome Brooks Running Company to Indiana’s fastest-growing community,” Whitestown town manager Dax Norton said in a statement. “It’s encouraging to see yet another logistics distribution and fulfillment center move to our thriving e-commerce sector. We believe that Brooks will find AllPoints at Anson in Whitestown to be a place where their business will thrive.”