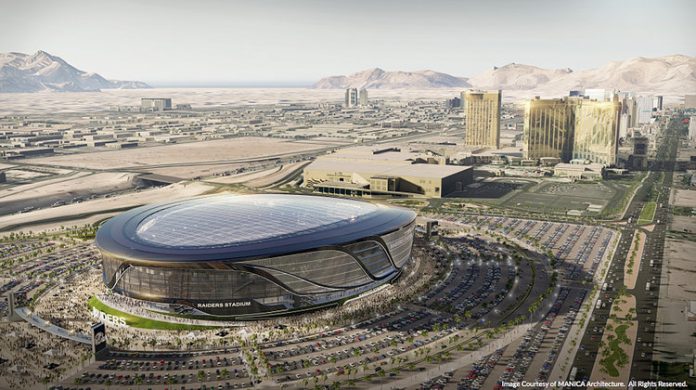 Officials in Nevada’s Clark County have approved the sale of bonds for the construction of the Oakland Raiders‘ stadium in Las Vegas, the Associated Press reports.

Clark County commissioners voted 6-1 in early April in favour of the ordinance authorizing the sale of $750 million in general obligation revenue bonds.

The Raiders want to start 2020 season at the $1.8 billion, 65,000-seat stadium being built across the freeway from the Las Vegas Strip. The team has agreed to a 30-year lease.

Guests of hotels and other lodging in the Las Vegas area are paying a room tax that over time will contribute $750 million for the project. The bonds allow for the financing of the public’s share.

The NFL and the team, which has secured a bank loan, are covering the remainder of the project.