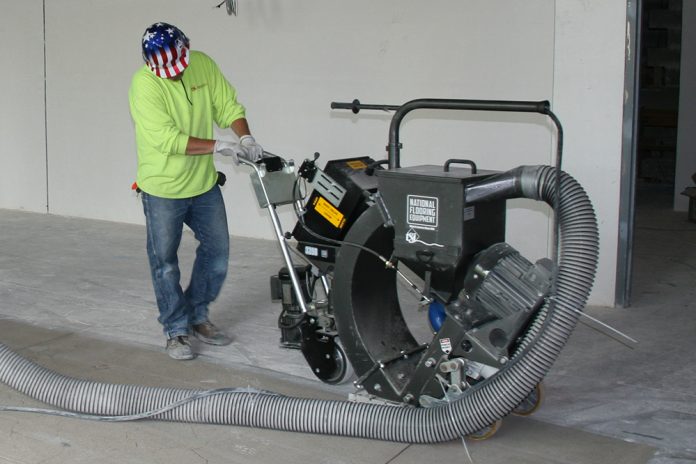 A Chicago flooring contractor provides a solution to concrete moisture problems, which he says would not be needed if builders took a simple preventative measure before it is time to lay the floor surface coverings.

Rob Smith, chief operating officer of TSI Commercial Floor Covering, says his crews can test for moisture before going to work, and if the moisture is excessive, provide a relatively quick mitigation program – which will avoid the risks of mold and future flooring failures.

However, the mitigation service is not inexpensive.

“It can be anywhere from $5 to $8 a square foot,” he said. “The final cost depends on what types of open areas you have, versus cut up areas.”

“This mitigation can be more expensive than the actual flooring on the concrete surface – some floor coverings cost only $3 per square foot,” Smith said.

The relatively high moisture mitigation costs leads some clients to ask: “What is my risk factor” of not mitigating the problem, and here, clients learn the future costs may reach the hundreds of thousands of dollars or more, plus liability issues, if they don’t take measures right away.

“If you don’t catch that mold under the glue, and you bring in hospital beds, furniture, and stuff, and the floor does fail, it does get extremely costly,” Smith said.

First, the floor is shot blasted, with a machine that projects a large number of small steel balls towards the floor’s surface, and crushes it;

Second, TSI applies an epoxy sealer, one that allows some moisture to be released, so it doesn’t build up totally, but not so much that there is a problem with mold;

Third, crews apply primer over the epoxy, and then self-levelling underlayment, ensuring a flat and dry floor.

“The epoxy mitigation product does not lock the moisture 100 percent from coming up through the slab, but it slows it down to a rate acceptable for all flooring manufacturers to proceed with the new flooring products to be installed,” he said.

The entire mitigation process can be completed reasonably quickly. It takes a day for each stage, and larger areas may require more time, but overall the work can generally be completed in less than a week – allowing a tightly scheduled project to remain on schedule.

Smith says the wet concrete problem has become increasingly prevalent with new environmental regulations. Petroleum based glues cannot be used any more and the new adhesives are not as strong.

As well, tighter construction scheduling means contractors do not allow enough time for the concrete moisture to clear naturally, before the flooring is laid. As a result, many job sites fail the moisture test when it comes time to install the flooring and the contractor or owner must face the choice of paying for moisture remediation, or hoping that there won’t be serious problems later.

Ironically, Smith says there is a simple solution, applied by some contractors, that would make the remediation service totally unnecessary.

“All you need to do is run the HVAC system for long enough to properly ventilate the area,” he said.

He said some contractors and owners are under the misconception that they cannot run these systems until the building is commissioned, for fear of voiding HVAC manufacturers’ warranties.

“However, it is possible to purchase an extended warranty to cover this situation,” he said.

“And the fee for this warranty will be far less than the remediation cost.”

Some successful contractors such as Pepper Construction make this their policy, but most don’t bother – only discovering the significant extra costs when it is too late to implement the solution, he said.

Smith says he’ll be happy if fewer clients need his moisture mitigation service – they can then get right down to business and have his crews install the floor coverings.