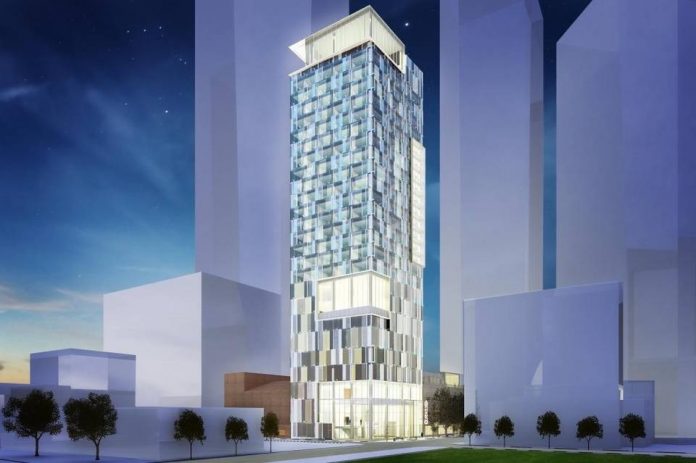 The Foundation For The Carolinas (FFTC) has made an agreement to put a 252-room InterContinental Hotel atop a newly-built Carolina Theatre uptown” in Charlotte, the foundation’s president and CEO Michael Marsicano said at the non-profit’s annual general meeting in late March.

The foundation and city government have collaborated on a campaign to revive the theater, originally opened in 1927, Charlotte Business Journal has reported.

The city government sold the site on North Tryon Street to the foundation for $1 in 2012. The foundation originally hoped to start construction in mid-2016.

The groundbreaking for rebuilding the Carolina Theatre will be in May, Marsicano said. To date, the foundation has raised $42 million for the theater project. Valor Hospitality Partners and SB&G Group are leading the hotel project. The construction schedule hasn’t been disclosed.

The Charlotte-based foundation now ranks as the sixth-largest among 800 community foundations in the U.S. That $2.1 billion figure excludes $635 million worth of promised estate gifts, Marsicano said.

Incoming foundation board chair Todd Mansfield, president and CEO at Crescent Communities, told the audience “there are few people in our region who are not connected” to FFTC.