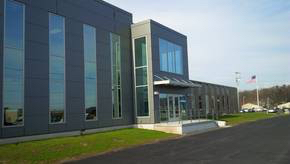 American RENOLIT, a plastic films manufacturer of plastic films, has announced plans to expand its operations in northwest Indiana.

The German-owned company is investing more than $25 million to expand and equip its current 220,000-sq. ft. facility at 1207 E. Lincolnway in La Porte, the Indiana Economic Development Corp. (IEDC) said in a news release. The expansion is set to begin later this year and is expected to be completed by the end of 2018.

American RENOLIT has invested nearly $100 million in its La Porte plant since purchasing the operations from the Solvay group in 1999.

American RENOLIT Corporation is a North American subsidiary of the RENOLIT Group established in 1999 in La Porte. The company produces calendered flexible and rigid films for the graphics, label, furniture and window profile industries.