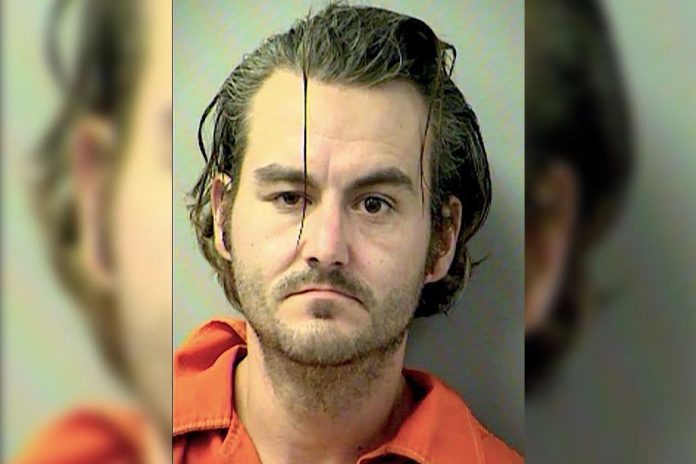 The $128,000 construction crime occurred after a hookah-smoking caterpillar told a Florida man to do it.

The Crestview police report, as described by several media outlets, says Mathew Horace Jones, 32, who initially identified himself as “Alice Wonderland”, used a forklift to damage an under-construction liquor store in the panhandle community.

“Jones allegedly broke into the fenced-in construction site on the north side of the Ferdon Boulevard S. store and using a JCB extendable forklift parked at the job site, destroyed the building under construction, which will be attached to the main store,” the department reportedly said in a Facebook post.

Police said Jones also damaged a fire hydrant and a 2-inch water meter valued at $3,200, and was spotted by witnesses “throwing cinder blocks off the scaffolding in the construction zone.”  Overall, the contractor, McWhorter and Company, estimated total losses of $128,000 including the $15,000 forklift and $40,000 in scaffolding and other materials.

Jones was stopped at gunpoint and arrested after aiming the forklift at responding officers, police said. He said “his name was Alice Wonderland and he was told to commit the offenses by a hookah-smoking caterpillar,” according to an arrest report.

Jones later told police he “had a problem” with the impending sale of alcohol at the location, which is attached to a Walmart.

Police booked him into the Okaloosa County Jail with charges including felony grand theft. He had been on probation for burglary.