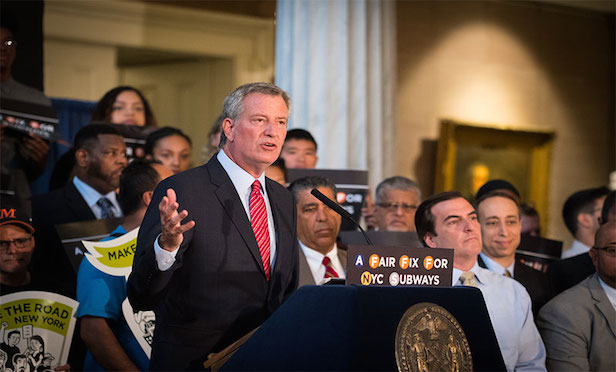 Mayor Bill de Blasio released a new plan he called Housing New York 2.0 on Nov.15 that promises the construction and preservation of 300,000 affordable homes, an addition of 100,000 from his previous pledge.

The plan also calls for the acceleration and expansion of the new housing development to fight tenant displacement and to provide more housing for seniors and working families. In order to deliver as many affordable homes as possible within a short period, the city will construct modular buildings and micro-units.

Aside from adding more affordable homes to the mayor’s previous goal, the new plan also promises a faster delivery time. It states that the city will build 200,000 affordable homes by 2022 and identifies a new goal of 300,000 homes by 2026. Of the 300,000 units, 40 percent represents new construction while the 60 percent will undergo preservation.

Housing New York 2.0 was announced by the mayor at New Settlement Apartments in the Bronx. The site has nearly 900 affordable housing units across 15 buildings built during the Koch Administration. Under de Blasio’s new housing initiative, the buildings are currently being rehabilitated. Rental affordability will also be extended for all apartments in the next 60 years.

Revisions in the affordable housing initiative require an addition of $150 million a year to the city’s current four-year financial plan. This will bring New York’s investment goal to an estimated $1.3 billion over the next nine years.