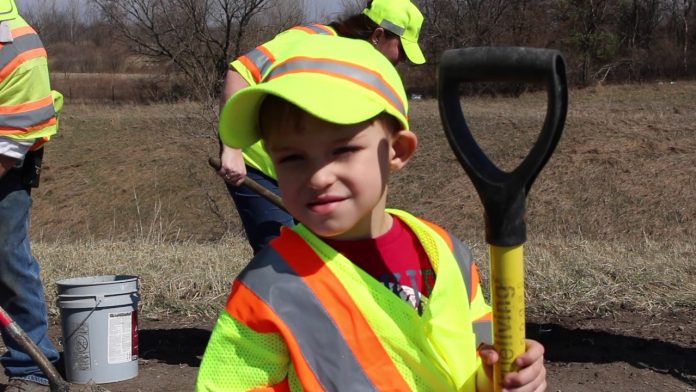 It’s Work Zone Awareness Week in Indiana and a powerful new Indiana Department of Transportation (INDOT) public service announcement (PSA) reminds motorists to watch out for highway workers, driving home the message that we are all someone’s son or daughter.

The video features a four year old child, dressed in safety attire in an active work zone, asking drivers to put down their phones and drive safely, saying, “If it was me out here, you’d pay attention.”

Highway workers aren’t the only ones at risk. Eighty percent of those killed are motorists or their passengers. The majority of work zone injuries and deaths are caused by rear-end collisions, following too closely, or making improper lane changes.

Distracted driving is dangerous, claiming 3,477 lives in 2015 alone. INDOT is hoping to raise awareness of this problem in an effort to save lives by preventing this dangerous behavior.

The penalties in work zones are stiff. Motorists face fines of up to $1,000 for speeding, up to $5,000 for driving recklessly, and up to $10,000 and/or a prison sentence of up to six years for injuring or killing a highway worker. These fines are used to fund additional Indiana State Police work zone patrols.