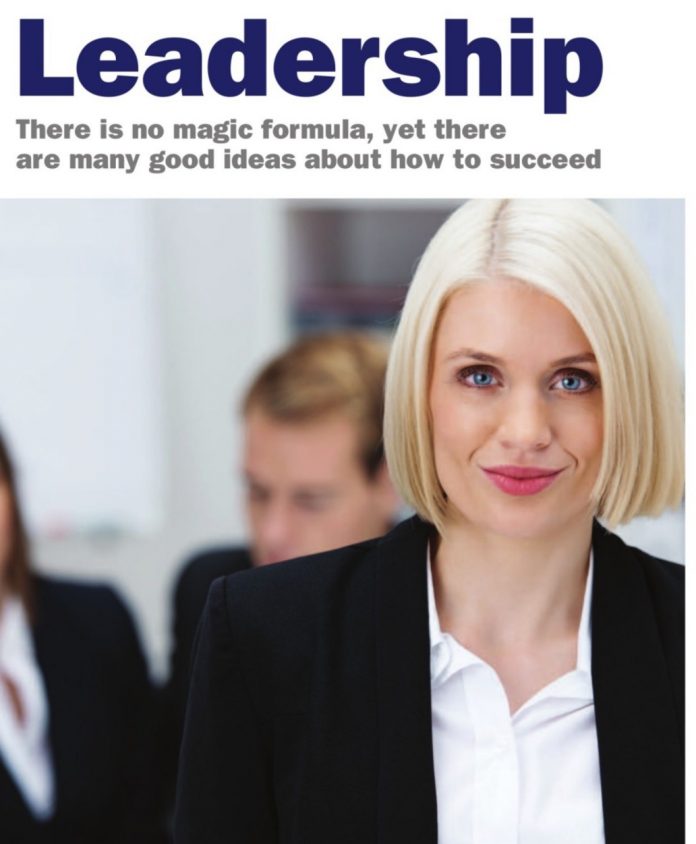 It’s a simple word, yet if you set out to investigate its meaning, you’ll discover many nuances, variations and concepts.

For example, what makes a great leader, and how do you define leadership success?

We can find some answers to these challenges – and keys to leadership achievement – by asking a few more questions.

The first and most important thought is: “Can you describe the ‘why’ (or purpose or higher goal) that drives leadership?”

Then you can take the inquiry in more personal directions: Could we reach out to leaders we know, and invite them to share their insights and inspirations?

While leadership isn’t necessarily defined by job title (it is quite possible to be an effective leader without a big corner office or celebrity status), context undoubtedly is important.

In researching this story, originally for the Society for Marketing Professional Services (SMPS) Marketer magazine, I connected with several past SMPS presidents, along with others I knew with leadership experience.

The informal survey doesn’t provide a single magic bullet leadership answer. Rather, we can discern some themes and concepts that will provide guideposts for your own journey. If you apply even some of the thoughts here (and in the related contributions in this feature) you’ll undoubtedly be on track to become a successful and effective leader.

The why behind the leader: The team that fits

Simon Sinek in Start with Why: How great leaders inspire everyone to take action suggests that leaders are driven by – and able to connect others to the cause – goals and aspirations beyond the obvious material motivations.

He cites how English adventurer Ernest Shackleton set out to explore the Antarctic in 1914.  The project ended up a failure in one sense – the ship never made it to the southern continent and in fact, ice crushed the Endurance. It took a long and painful journey to rescue the crew. The interesting story here is that unlike many icy expeditions in that era, everyone survived.

The key to survival, it seems, was the team, who were recruited with a simple classified ad in the London Times:

Mission statements and corporate visions are common cliches “which have been hijacked through the corporate realization process,” writes Brad Thurman, principal and CMO at Wallace Engineering, and a past SMPS national president. “It becomes a matter of course for companies . . . something you are supposed to do instead of want to do.”

Thurman describes how the late John Kennedy outlined a goal in a speech to congress on May 25, 1961, “that was unlike anything his predecessors had set.”
Kennedy said: “I believe that this nation should commit itself to achieving the goal, before this decade is out, of landing a man on the moon and returning him safely to Earth.”

Of course, at that point, the United States hadn’t even put a man in orbit. “But here was the president telling the world that we’d travel the 480,000-mile round trip to the moon in the next 3,200 days,” Thurman wrote.

“Thirty months later, on Nov. 22, 1963, President Kennedy was assassinated. The entire space race effort could have fallen apart. People could have used Kennedy’s death as a reason to defund the program and change the country’s goals. But Kennedy did more than just establish a goal – he’d given passion a voice and that passion was heard and felt by everyone with the Apollo program. And on July 20, 1969, with only 14 days left in the decade, Apollo 11 became the first manned spacecraft to land on the moon.”

“Churchill, Gandhi, King, Kennedy – history is full of leaders who were more than simply eloquent at stating a vision; they were passionate about seeing those visions achieved. If you think about people who have inspired you the most, I expect it was the passion that they brought to their beliefs that defined them.”

However, Thurman goes on to say that “passion comes with a price: vulnerability.”

“Vulnerability is an under appreciated characteristic of leadership . . . in business and in life. To truly lay out what you believe and how passionately you believe it, you have to make yourself vulnerable. You have to understand that there will be criticism and apathy and even derision. You have to accept there will be people who can’t or won’t accept it, and you have to have the will to move forward anyway.”

Craig Galatti, the current SMPS president and a principal of LGA, an architectural firm in Las Vegas, expresses this idea succinctly. “To effectively lead, one must have a pulse on the organization,” he writes. “Listening skills both verbal and non-verbal are essential to the process.”

Galati describes where these listening skills served him most dramatically – in helping his architectural practice survive through the recent financial crisis and recession.

“The lessons I learned during that time will stick with me forever,” he writes. “I learned that one must learn to use multiple leadership styles and that leadership is not ‘one size fits all.’ In times of crisis the spotlight is placed directly on leadership and those in your charge look to you to guide you through the issue.”

“I use the word ‘strategic’ because inclusiveness must be a calculated consideration in every leader’s actions,” she writes. “An individual cannot adequately represent the needs of this diverse population. Therefore, effective leaders seek input from sources that reflect the diversity to achieve a more holistic perspective. Research has proven diverse teams are more effective.”

She observes some of the practical circumstances reflecting this issue could include asking “why does this program panel comprise a single demographic? Is our leadership team too heavily weighted towards one type of service? Is everyone being heard or is an individual or a group monopolizing the discussion? Are there groups excluded because of their level of experience or geographic location?”

Birks also reminds us that it is important to be prepared. “There are no short-cuts here,” she writes. “You can’t lead without doing your homework and being organized. It is a sign of your respect for your team’s time and assures progress towards achieving objectives in an informed and structured manner.”

The ability to say ‘no’

“That might sound simple, but when you are a nice guy, a people pleaser, a helper – it’s a rough road,” Lippert says, observing that Birks took him aside, telling him: “Listen, Lippert, you aren’t so great at saying ‘no’ and you’re going to need to get better at it fast. So, I’m going to call you once a month and you’re going to tell me two good examples of when you said ‘no’.”

“I thought it would be a piece of cake, two times saying ‘no’ sounded easy. Right? Well, I was wrong and Dana, as usual, was right.”

Lippert has imparted the ability to say no to others, including a friend who was working as much as 80 hours a week, making her family cranky. “I suggested saying ‘no’ and drawing a line.”

“A day or so later, she texted that she’s said ‘no’ and she was texting from home at 5:30 in the afternoon. She was not a jerk about it, she stated her case for her wellbeing and she drew the line. Her company understood and things are getting better.”

“You can say ‘no’ too,” Lippert says. “It’s not too hard. It reminds me a little of what Carol Doscher at Graceworks teaches us, when you think you’re shouting on stage, you’re probably talking loud enough for the audience to hear you. When you, nice leaders, say ‘no’ it feels like you are being a bad guy, but you are really just making good leadership sense. Try it. Say ‘no’.”

Respecting others – The ‘servant leader’

As much as Dana Birks reminds us that it is important to put things in balance and be prepared to say ‘no’, there are times when you “have to make difficult decisions that cause conflicts with interpersonal relationships.”