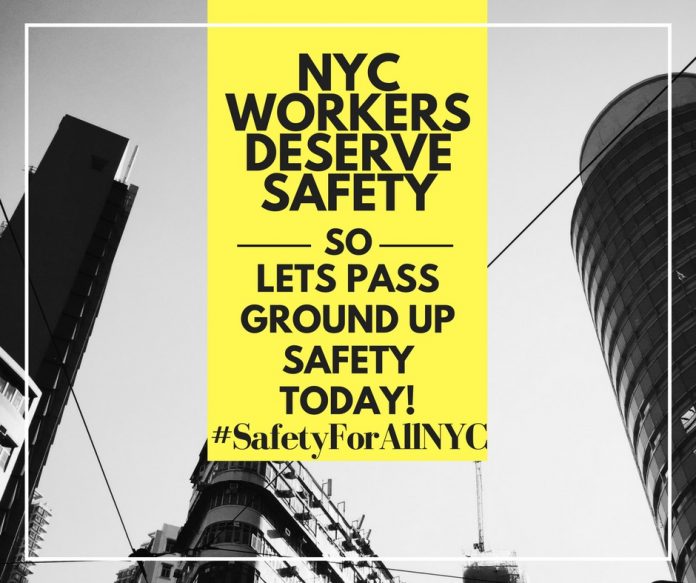 A group of non-union contractors is pushing to mandate drug and alcohol testing for all city construction workers.

The Associated Builders and Contractors Empire State Chapter, representing non-union companies, has asked NYC city council to require mandatory drug and alcohol testing for all city construction workers as part of a package of construction safety legislation the council is considering.

“The reality is that drugs and alcohol are likely among the leading causes of injury to construction workers,” ABC chapter president Brian Sampson wrote in a letter to Speaker Melissa Mark-Viverito and Jumaane Williams, chair of the buildings committee. “It would be strange to pass worksite safety legislation while ignoring such a major negative factor in the industry,”

The Daily News reported that  Gary LaBarbera, president of the Building and Construction Trades Council of Greater New York, countered that none of the 33 construction worker deaths since the beginning of 2015 involved evidence of alcohol or drug use.

“There has never been even one allegation of drug or alcohol use related to any of the dozens of fatalities on worksites across New York City,” he said. “This letter is nothing more than a diversionary attempt by irresponsible developers and nonunion contractors to scapegoat workers, shift the blame to victims, and cover up for their own poor safety record which puts profits over worker safety.”

NYC council is weighing legislation, backed by construction unions, to require workers to go through apprenticeships and training programs, along with a number of other safety bills.

“Let us not forget that this kind of testing is commonly found in other fields – many of which are far less dangerous than the construction industry. If individuals like baseball players and customer service representatives are screened for drug use, why would we not apply at least the same standard to construction workers?” Sampson wrote.