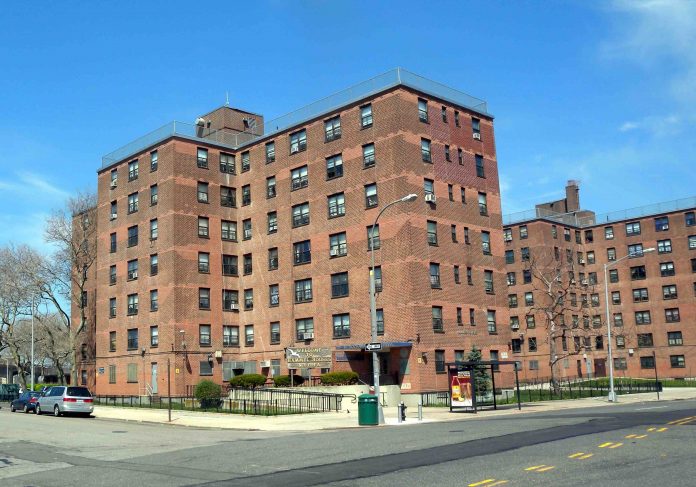 A bill to require apprenticeships for workers on big construction sites was introduced in the City Council recently, part of a package to tighten safety regulations amid outrage over spiking construction deaths — from 17 in the city in 2011 to 25 in 2015.

The rules, which would apply to construction of buildings 10 stories high or 100,000 sq. ft., have sparked a battle between union and non-union construction firms.

About 50 tenant association officers from NYCHA complexes around the city backed the non-union side, saying in a letter that the mandate would mean a less diverse workforce.

This apprenticeship mandate would exclude many black and Hispanic public housing residents from construction jobs,” they wrote to the bill’s sponsors.“Apprenticeships are virtually all run by construction unions that have a history of racial discrimination and lack the diversity of New York’s non-union contractors,” they wrote. “We are disappointed in your support for a construction apprenticeship mandate because it does not align with a commitment to racial equality.”The newspaper reported that Coun. Jumaane Williams said he backed the bill for safety reasons but would consider NYCHA residents’ worries.“My issue is about safety, and I want to make sure workers on all sites are safe. I also will not support a bill that will exclude people who look like the folks who live in NYCHA,” said Williams (D-Brooklyn). “Based on the history, I’m not surprised there would be a concern there.”

Mayor Bill de Blasio has said he does not support a requirement for apprenticeships. “Everyone knows I prefer union labor and I’m a big fan of apprenticeship programs. I don’t think requirement works, practically speaking,” he said at an earlier press conference

However, de Blasio made somewhat different remarks during an appearance on the Brian Lehrer show.

“Construction workers are in danger right now. Apprenticeship programs are very powerful and a good idea. They will take years to put in place,” he said. “And we need to address the safety problem right now.”