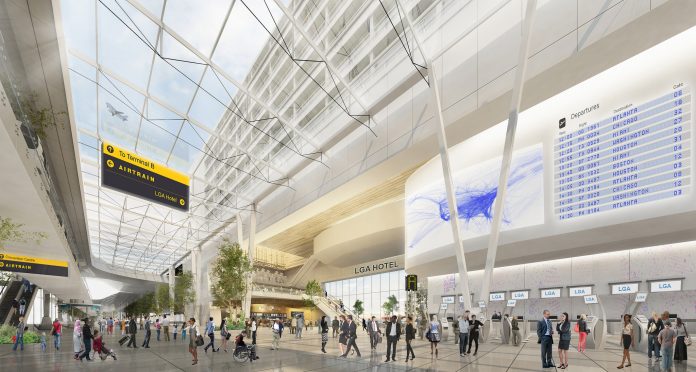 The Port Authority of New York and New Jersey have approved a revised $4 billion plan from Delta Air Lines to renovate LaGuardia Airport terminal after Goldman, Sachs & Co., a financial partner in the project, exited the deal, Reuters reports.

Delta now plans to pay for nearly the entire project by itself, although the Port Authority will still contribute as much as $600 million as previously agreed.

“Following a period of fiscal review, Delta has opted to directly fund and finance the costs of its LaGuardia redevelopment project, an arrangement that Delta and Goldman Sachs agree is in the best interest of both parties,” Delta told Reuters in a statement.

The Port Authority board had agreed in January to enter a 33-year lease for the terminal with an entity owned jointly by Delta and West Street Infrastructure Partners III, a fund managed by Goldman.

The entity was to contribute $300 million in equity investments and $3.6 billion in debt financing for the design, construction and financing of a new 37-gate terminal.

Without Goldman, the equity component is no longer necessary, said Huntley Lawrence, the authority’s aviation director. Delta will use a combination of direct investments and debt financing, he said.

“It’s a beneficial change,” Port Authority board chairman John Degnan was quoted by Reuters as saying, noting that it would increase accountability.

Delta alone will be responsible for any potential cost overruns.

The project, expected to be substantially completed by 2026, will improve roadways, expand the East Parking Garage, connect to the central hall, build a new electrical substation and reconstruct taxi and for-hire vehicle areas.

Delta’s redesigned terminal will come in addition to a separate $4 billion public-private partnership, currently under way, to rebuild the airport’s central terminal.

Both are among a handful of projects that are helping the Port Authority shift construction risk – often a costly problem in big public works – to the private sector where appropriate, its executive director Pat Foye said.

In total, the projects amount to “$12 billion of complicated transportation construction with risk born by the private sector and not the public,” Foye said.