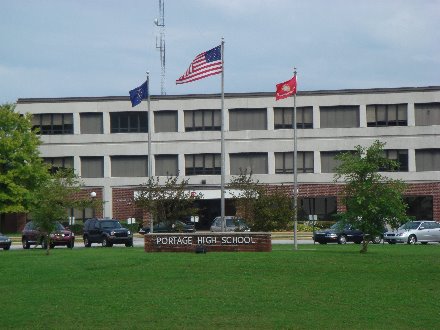 The Portage Township School Board has tabled a multi-million contract to renovate the Portage High School, nwitimes.com reports.

The consensus of board member Cheryl Oprisko, and others, was that they needed more time to study the issue including information on low bidder, Tower Contractors LLC, of Mokena, IL.

Elwood said he and architect Mark Lebland of Alliance Architects in South Bend, looked at the three lowest bids received to determine if they were responsive and responsible. They checked with calls to customers, unions and subcontractors.

“Tower is new to us, but they’ve done many large projects,” Elwood said. The company has built schools in Illinois but not Indiana.

Lebland said Tower Contractors has constructed schools in Illinois but not in Indiana.

Board president Andy Maletta asked for a motion to approve Tower Contractors’ bid, but it failed for lack of a second.

Elwood said in general that it is the lowest, most responsible and responsive bidder that is awarded the contract, but the board could choose to reject all bids and start over.

Then Maletta asked for a motion to table the bids with all board members in agreement.

“We can add it to another agenda,” Elwood suggested.

The board’s next meeting is Sept. 13.

Pre-construction work had been scheduled to begin in early September followed by the start of the renovation project sometime this fall, Portage Township school superintendent Amanda Alaniz said at a previous meeting.