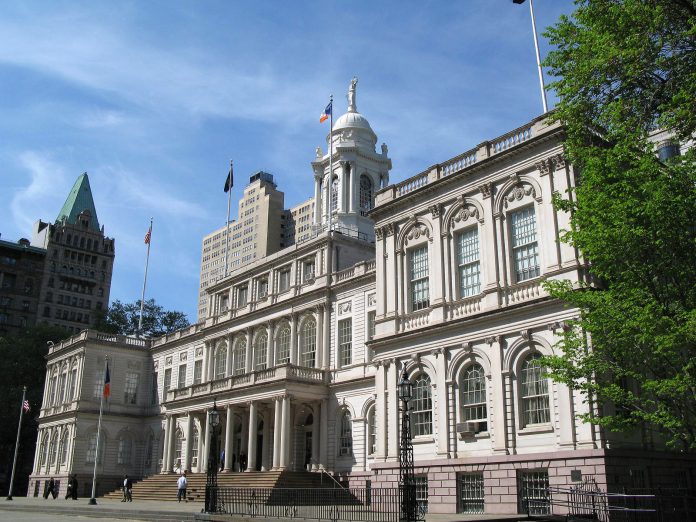 While unionized construction workers gathered at New York City Hall on Sept. 7 in support of controversial regulatory legislation, city council deferred the decision — largely because of opposition from non-union contractors and representatives of the city’s minority and small business owners.

Crain’s New York Business reports that the bill “would be a boon to unions, who have called attention to worker deaths at nonunion job sites, and it enjoys the support of all but a few of the City Council’s 51 members.

But it has yet to receive a vote thanks to pressure from Mayor Bill de Blasio, who shares the Real Estate Board of New York‘s worries that it could raise construction and housing costs and stifle development. Only 31 percent of construction workers in the city are union members, and would likely meet the bill’s standards without any additional training.

Nonetheless, Crain’s reports that union sources said they were optimistic about the bill’s prospects, believing it is in the final stages of negotiations with the administration, and tat they believe it could reach the council floor as early as the next scheduled meeting on Sept. 27.