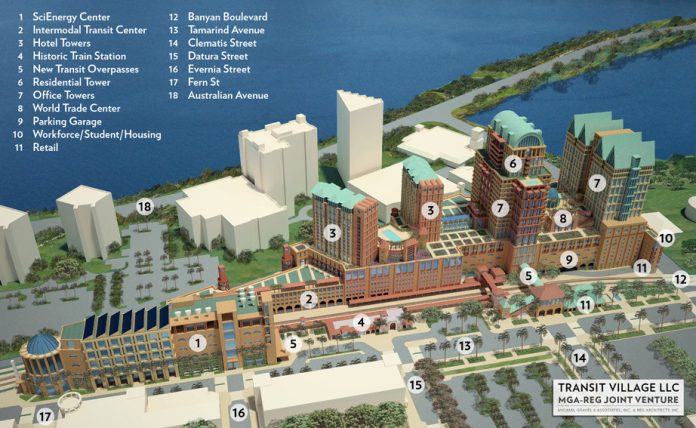 Transit Village developer Mike Masanoff said he hopes to work out a new funding deal with municipal officials that will keep his project on schedule, The South Florida Business Journal has reported.

The city’s Community Redevelopment Agency (CRA) originally gave Transit Village LLC permission to collect up to the full amount via tax increment financing (TIF) generated over the next 29 years, according to the South Florida Business Journal (SFBJ). The CRA could have received about $33 million in taxes during that period, the developer estimated.

However, Mayor Jeri Muoio declined the deal, saying the subsidy was too large.

The Palm Beach Post reported that, as the CRA board was discussing a vote to potentially override the mayor’s veto on Jan. 17, Masanoff withdrew it.

Masanoff told the SFBJ that an attempt to override the mayor’s veto likely would have led to lengthy litigation and he didn’t want that.

“I am more interested in building my project than I am in litigating,” Masanoff said.

Masanoff declined to say what the minimum amount of subsidy he would require, or whether Transit Village could move forward without a public subsidy.

Masanoff, who has been working to build Transit Village for more than a decade, had said the TIF deal would allow the project to finalize its financing. The proceeds of the TIF would be used to repay the construction loan, and the developer would take out an a surity policy to repay the loan in case the project does not get built.

“CRA participation in this particular project was contemplated from the very beginning,” he said. “It is a very sophisticated financing model protective of city and CRA and it will create a transformative regional center of importance.”

The subsidy package would have allowed the project, at 203 South Tamarind Ave., to finalize its financing, secure building permits and break ground in the third quarter of this year. The overall project cost is between $300 million and $350 million.

Masanoff said he has partners for each of the hotel, residential and live/work components, but he declined to name them. He will lease the retail and office space directly, as he’s leased large office parks in the past.

“There’s not a sustainable hardened space in West Palm Beach to attract a major financial company until now,” Masanoff said.

The development includes approvals for 308,000 sq. ft. of Class A office space, a 300-room hotel, 33,000 sq. ft.  of retail, 408 apartments and 12 live/work townhouses. It would connect to the Tri-Rail, Amtrak, buses, trolley and ground transportation.