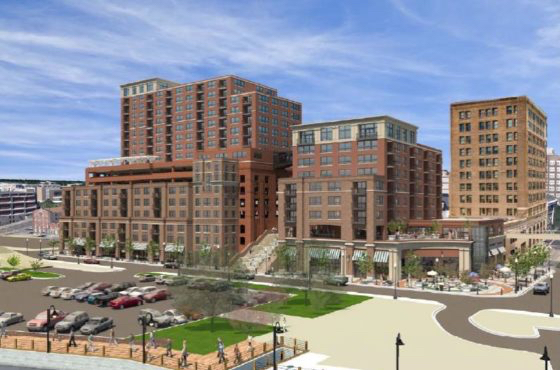 The prominent city-owned property, with a view of the river in the heart of downtown, has been the subject of discussion and plans for years.

The city turned to the private sector to redevelop the site with a mixed-use building with public and private parking. The council chose East West Partners from three finalists.

Of the three finalists, East West Partners proposed the tallest building – a 172-ft.-tall development, though the height could change. The company proposes 554 parking spaces, 190 apartments and 31,661 sq. ft. of retail space.

Now that East West has the city council’s blessing, staff will negotiate an agreement to guide the redevelopment. Some details of the development are still undetermined and will be hashed out during negotiations.