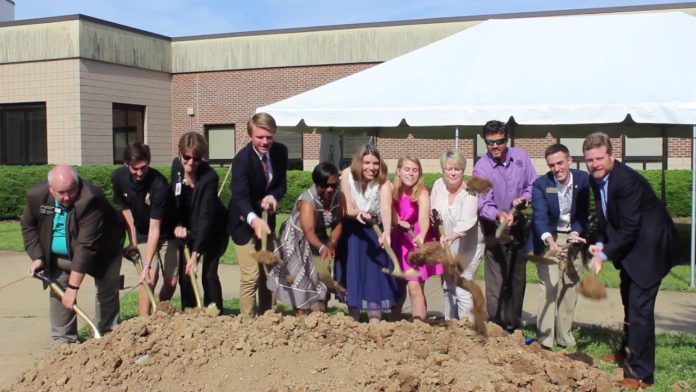 After the school’s old buildings are demolished, the new school will stand four stories tall – five at its highest – and consolidate classroom space into a single, 377,000-sq. ft. building, The News & Observer has reported. It also will eliminate mobile classrooms in favor of space for parking and other uses.

There will be 154 new parking spaces mostly in a two-level parking deck constructed on top of existing student parking, on the campus’ south side.

The News & Observer reports that the school system decided earlier this year to completely tear down the school when it learned that doing so would free up room for parking and other uses. Because of the building’s age and condition, that would cost $1.3 million more than the previously planned renovation, which would have required only one year of displacement rather than two.

The News & Observer says the total rebuilding cost is expected to be $70.6 million; Dodge Data & Analytics puts the overall project value at $75 million.