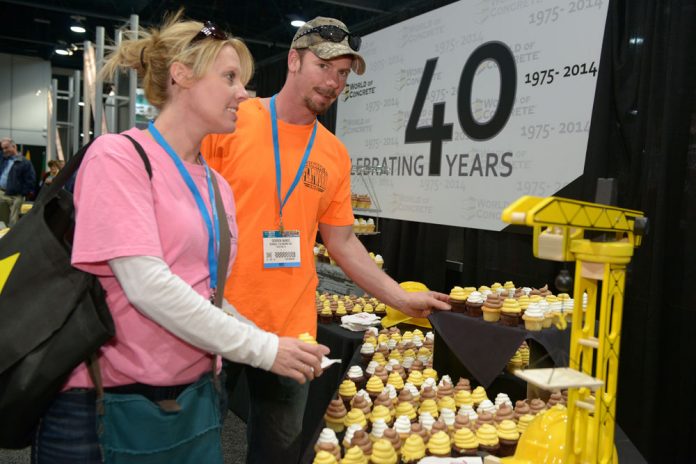 Dallas – January 30, 2014 – Celebrating 40 years of industry excellence, World of Concrete 2014 wrapped up another successful show January 20-24 at the Las Vegas Convention Center. The signature event for the concrete industry drew over 48,000 registered professionals, and featured more than 1,250 companies exhibiting across more than 570,000 net square feet of space.

World of Concrete opened Tuesday, January 21, with former Las Vegas Mayor and Host Committee Chairman Oscar Goodman with his signature martini in hand, flanked by two Las Vegas showgirls. “World of Concrete is one of our favorite conventions and meetings,” said Goodman, who was the mayor from 1999 to 2011. “We thank you for making Las Vegas its permanent home,” said Goodman, who also read city and county proclamations, congratulating World of Concreteon its 40th anniversary. Goodman was joined by Rick McConnell, President, Hanley Wood Exhibitions, Tom Cindric, Vice President, Hanley Wood Exhibitions, and Rossi Ralenkotter, CEO and President of the Las Vegas Convention & Visitors Authority. 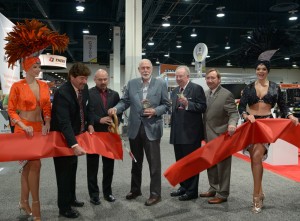 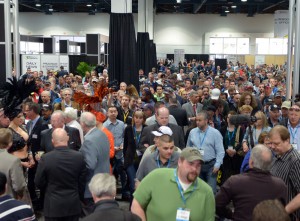 Cindric also announced the first recipient of the World of Concrete Legacy Award, Bob Weatherton, who also was selected as one of Concrete Construction magazine’s Most Influential People and featured in January 2014 issue. In addition, a $5,000 World of Concrete Weatherton Scholarship has been created to benefit students considering a career in the concrete industry. 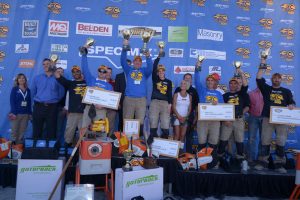 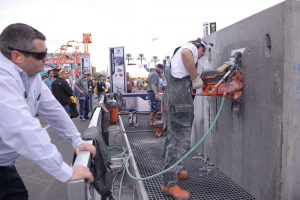 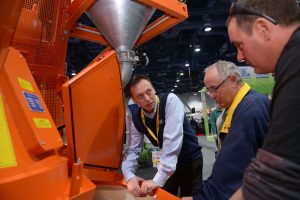 During the show, World of Concrete and MCAA signed an agreement extending their partnership for another 3 years, which will continue to bring MCAA events such as the Fastest Trowel on The Block and the International Masonry Skills Challenge to World of Concrete, along with a robust education program specifically geared for masonry professionals. 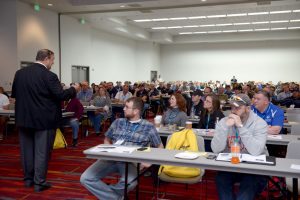 In a remarkable display of skill and speed, Jerry Goodman captured both the First Place and Top Craftsman titles at the 2014 SPEC MIX BRICKLAYER 500® during Masonry Madness at World of Concrete on Wednesday. It’s the first time anyone has won both honors in the 11-year history of the event that crowns the World’s Best Bricklayer. Goodman, 56, has been a mason for 40 years and works for Jerry Goodman & Sons Masonry in Blythewood, SC. It was his second appearance at the national event. The 20 contestants qualify to compete in Las Vegas by winning regional events throughout the previous year. For his efforts, Goodman won both $5,000 checks for a total of $10,000 cash, a Ford F-250 XLT 4×4 pickup truck, and many other prizes. Other SPEC MIX BRICKLAYER 500® winners were: Second Place: Steve Cleveland, Midwest Masonry, Mundelein, lL. Third Place: Filipe Orfao, Squire Masonry, Cookstown, Ontario, Canada. Toughest Tender: Tony Shelton, Creative Masonry, Kingsport, TN. 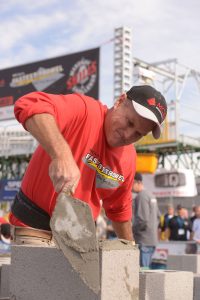 During the week, four informative luncheons & forums took place. At the Concrete Homes Luncheon & Forum, sponsored by the Portland Cement Association, Jonathan Smoke, Hanley Wood Chief Economist, described current market conditions in states that have been identified as areas of the greatest risk of damage due to natural disasters such as high wind loads and severe seismic activity. Using data generated by Metrostudy, of key metropolitan areas, Smoke forecasts that 73% of single-family starts in 2014 will be located in these high-risk areas. These results of the exclusive HW research suggest strong market segment growth for concrete home building systems as local jurisdictions adopt stricter building codes. 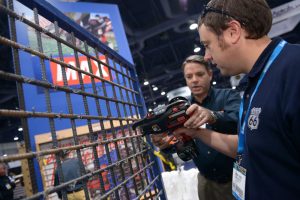 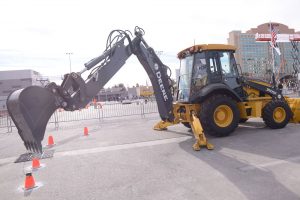 The 12th Annual “Most Innovative Products” Contest showcased the best new products of 2014. Attendees browsed product entries at participating exhibitors’ booths and cast their votes at the show or online to determine the most “innovative product of the year.” Winners will be announced online at www.votemip.com.

To honor hardworking crews in the construction industry, World of Concrete created the “Crews That Rock” contest sponsored exclusively by BASF. Crews submitted stories and photos of their inspiring projects from the past year. This year’s contest included four Grand Prize winners, including an Online 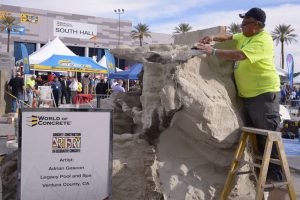 Audience Award and Experts’ Choice Award, in two categories: Commercial/For-Profit and Community Service/Not-for-Profit. All four winners were honored in the Crews That Rock reception at the CC Live booth on Jan. 22, 2014. Dean & Derek, popular radio and TV hosts of DIY Network’s Rock Solid, Indoors Out, and PBS’s Victory Garden, hosted the Crews That Rock 2014 winners’ reception. The winners were:

Additional information on these winners can be found at www.crewsthatrock.com.

About World of Concrete World of Concrete is the industry’s ONLY annual international event dedicated to the commercial concrete and masonry construction industries. Featuring indoor and outdoor exhibits with the industry’s leading suppliers showcasing innovative products and technologies, exciting demonstrations and competitions, and a world-class education program. Visit www.worldofconcrete.com for complete show details.