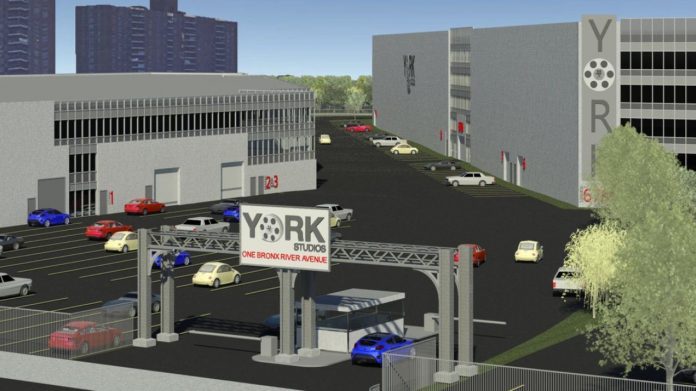 Queens-based TV and film production company York Studios held a groundbreaking ceremony on June 6 to commemorate the company’s expansion to the Soundview section of the Bronx. Phase one of the project, known as the Michelangelo Campus, will consist of 170,000 sq. ft. of space, including five production stages.

The development is set to receive $36 million in NYC conditional tax benefits over the next 25 years through the NYC Industrial Development Agency and generate nearly $100 million in new tax revenue for the Bronx, over 400 production industry professionals and hundreds of construction jobs.

“NYCEDC is thrilled to partner with York Studios to construct its new Michelangelo Campus. Leveraging $36 million in tax incentives, we will unlock over $50 million in private investment and bring 400 good paying jobs to the Soundview section of the Bronx.

More information on the Made in NY Campus is available here.