The Associated Builders and Contractors (ABC) of the Carolinas has awarded North Carolina representative Walter Jones the Merit Shop Champion Eagle Award, given to legislators with an 80 percent or better voting record on construction industry-related issues during the previous session of Congress.

“His commitment to our industry and it’s workforce development play a critical role in our contractors’ success across the Eastern part of the state,” says Chris Bullard, ABC Carolinas director of government affairs.

The association presented the award to the congressman during his Oct. 19 visit to the construction site of East Carolina University’s Main Campus Student Union. The $103 million project, which is a joint venture of the institution with Metcon Inc., started construction in February. The 210,000 sq. ft. student union building includes offices and a five-level parking deck. 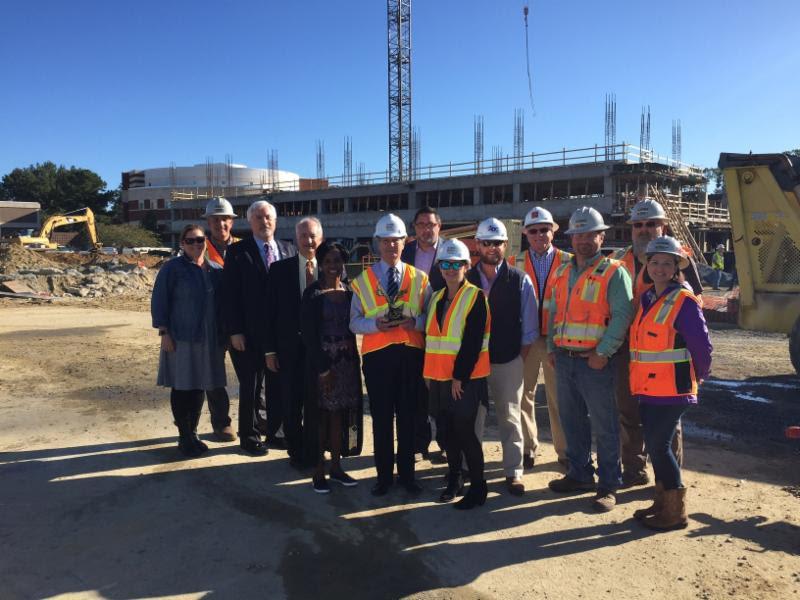 The project is managed by local firms T.A. Loving and Barnhill Contracting. It is slated to be completed by fall of 2018.

The association also gave the same award to South Carolina Rep. Tom Rice as he visited the W.M. Jordan Company’s South Bay Inn and Suites construction site in Myrtle Beach. The 20-story high-rise hotel project is in its first year of construction. It is set to be finished in June 2018.