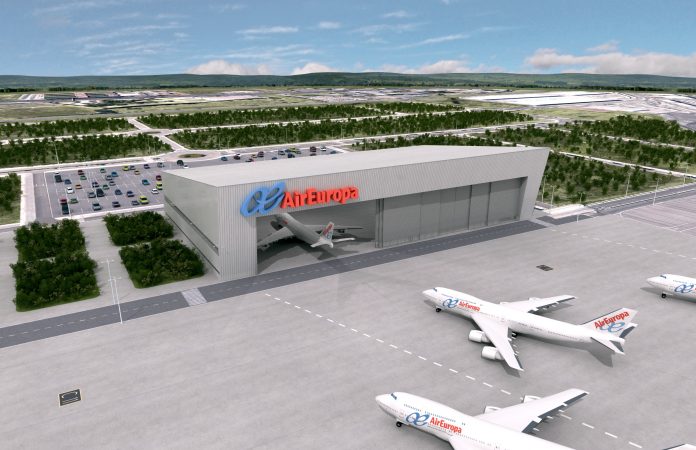 The parent company of IBT Group of Miami has been selected to build a $24.8 million aircraft maintenance hangar at Madrid’s airport where Air Europa’s new fleet of Boeing 787 Dreamliners, which fly daily to Miami, will be serviced.

Eurofinsa, a Spanish company that specializes in turn-key public works projects throughout the world, was the winning bidder to construct the 122,816-sq. ft. hangar at Adolfo Suárez Madrid-Barajas airport. Travel and tourism company Globalia, which owns the Air Europa airline, is investing nearly $25 million on the maintenance hangar scheduled to open in late 2018.

The building meets international regulatory standards for the design of aircraft maintenance hangars and incorporates the most advanced technology in the field of maintenance, repair and overhaul (MRO) installations as well as maximum energy efficiency, optimum work conditions and environmental protection.