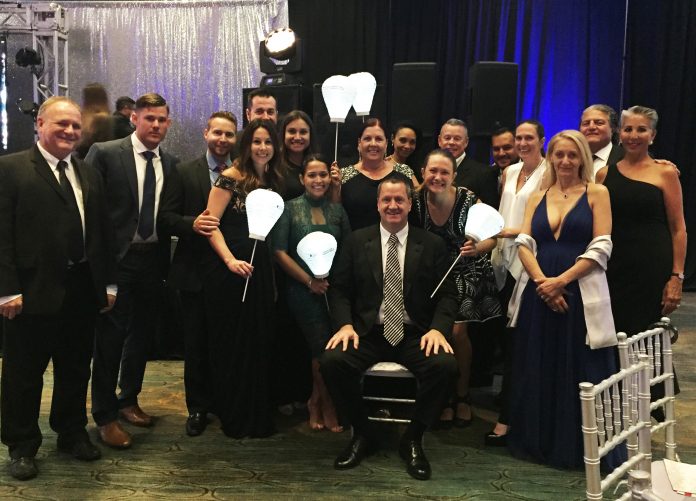 John Moriarty & Associates of Florida (JMAF), a South Florida-based general contractor and construction management, has been named Corporate Philanthropist of the Year by the Leukemia & Lymphoma Society, Southern Florida.

Moriarty raised approximately $168,000 over the 10-week “Man & Woman of the Year” fundraising campaign.

The contractor was recognized at the Society’s Man & Woman of the Year 10th Anniversary Grand Finale in early June.

Moriarty says it has supported the local Leukemia & Lymphoma Society since 2007, helping raise money through annual fundraising initiatives including Light the Night, Team in Training, and Man & Woman of the Year, and by volunteer support.

“Moriarty stands out as a philanthropic corporation whose leaders generously give, advocate and volunteer their time to serve others,” society executive director DeAnn Hazey said in a news release.