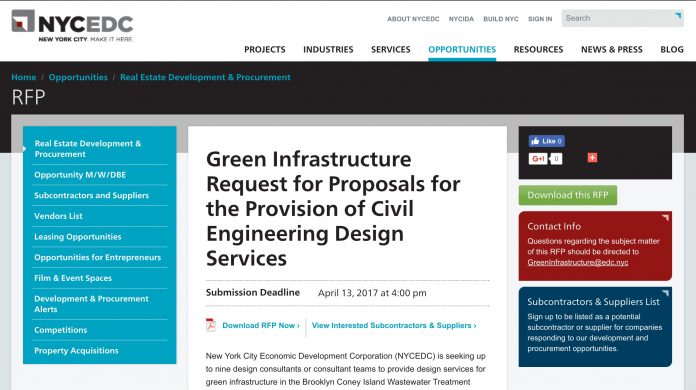 “These capital projects, primarily Right of Way Bioswales (ROWB), are to be implemented in target areas in order to comply with state and federal regulations regarding water quality attainment and mitigation of CSOs, and in connection with replacement projects that will defer consent order capital obligations of “grey” infrastructure projects that would otherwise cost several hundred million dollars,” NYCDEC says in its announcement.

The RFP submission deadline is April 13. There’s an optional information session March 20 at the NYCEDC, 110 William St. Those who wish to attend should RSVP by email to GreenInfrastructure@edc.nyc by 5:00 p.m. on March 16.