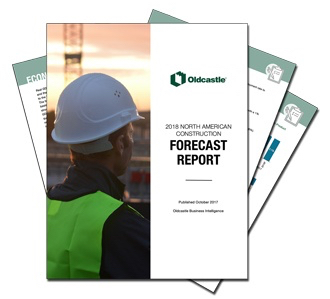 While the state has experienced a construction growth increase of 1 percent in 2017, Oldcastle’s 2018  North American Construction Forecast Report stated that only three states are expected to experience construction decline in 2018: South Dakota, Nebraska and New York.

Regionally, construction growth in the Northeast is predicted to stay around three percent both in 2017 and 2018. The performance is considered as low due to declines experienced in two of its largest markets, New York City and Boston.

According to the report, the largest end-market in the Northeast region, multi-family will decline by 2 percent in 2018 together with Hotels which will also drop by 3 percent. However, growth is expected to strengthen in the Single-family end-market which will increase by 10 percent and Industrial by 11 percent. The second largest end-market, Infrastructure, will remain stable.

Moreover, Outlook reveals that builder confidence in the Northeast is the lowest among all regions in the U.S. but has been increasing over the past few months. The Architecture Billings Index has averaged 51.1 in 201 indicating a strong growth in architectural billings.

Manhattan has high prime office rents: but only ranks third in the world.