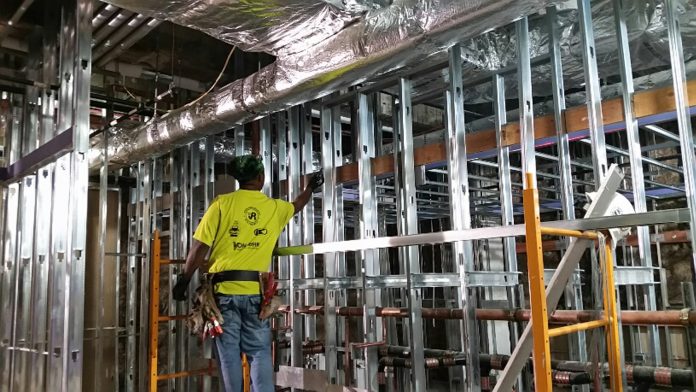 Lemont, IL-based Englewood Construction says its retail group has started work on a new 40,000-sq. ft. American Girl Place store at 75 Rockefeller Plaza in New York. American Girl will move to the new location this fall from the current American Girl Place New York at 609 Fifth Avenue. The 75 Rockefeller Plaza store will be the 12th project Englewood has completed for American Girl, including new locations and full-store remodels, since first partnering with the popular brand in 2008 to relocate its original Chicago flagship store to its current Michigan Avenue address.

“We’re incredibly proud to have become a trusted and reliable partner for American Girl in helping translate its brand into unique retail experiences,” Englewood president Bill Di Santo said in a statement. “Our work together now spans nearly a decade and 17 states, including build-outs, renovations and our facilities management program with the brand. This relationship is a real testament to our team’s ability to not only thoroughly understand a client and its priorities, but also deliver a smooth construction process and high level of quality time and time again, regardless of location.”

Di Santo said it is especially rewarding for Englewood to be tapped for the new American Girl Place New York project because the firm also completed a major interior renovation of the brand’s current Fifth Ave. store in 2009. “We’ve been involved through the life cycle of this store, and now the brand has turned to us yet again to help realize its vision for its New York retail presence,” he said.

“We have extensive expertise in a number of iconic retail districts, such as Chicago’s Magnificent Mile, as well as other areas of Manhattan like Fifth Avenue,” said Di Santo. “That gives us a first-hand understanding of some of the unique challenges that can come with a property like 75 Rockefeller Plaza – from heavy pedestrian foot traffic and restrictions on timing of equipment and building material deliveries, to the special considerations of working in a vertical building with landmark status.”

“Since this space did not previously include a restaurant, a key component of the project is adding new black iron to accommodate the café’s kitchen exhaust system,” said Di Santo. “Other infrastructure work includes adding new electrical service, as well as vertical transportation in the way of elevators and escalators within the space to connect the store’s two levels.”

The Englewood team will also work with American Girl to bring to life new elements being introduced in the 75 Rockefeller Plaza store.

“American Girl is constantly evolving its in-store experience, so as we incorporate prototype features, we’ll record best practices and processes that can be followed should the team decide to roll them out at additional locations,” said Di Santo. “Part of our program with American Girl includes maintaining and periodically refreshing their entire fleet of stores, so we’re always thinking in terms of how the work we do can be replicated on a national level.”

Di Santo said that national perspective has been a key to the success of the relationship between Englewood and American Girl.

“We’ve proven we can deliver on the same brand standards anywhere in the country,” said Di Santo. “That consistency ensures every project goes as smoothly as the last and is the foundation of a national client relationship. It is extremely gratifying to keep adding to the list of American Girl projects in our portfolio of completed work.”