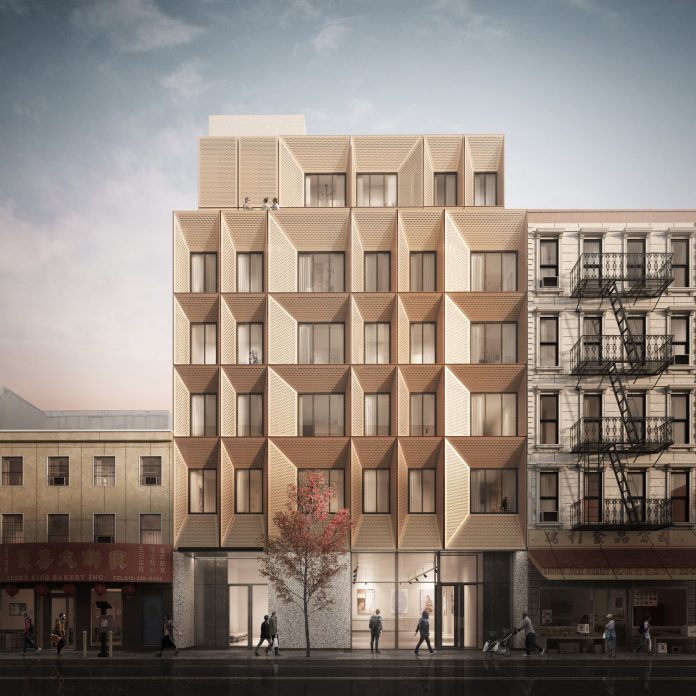 A new rental development has been planned for 282 Grand St. in the Lower East Side, according to building applications reported by YIMBY.

The designer is Peterson Rich Office and the developer is Marc Strauss of Roman Grand, LLC.

YIMBY quotes the architect as observing:

The base building will be of the most straightforward construction, veiled behind a perforated aluminum rain-screen system that both echoes traditional fire escapes and performs environmentally, acting as a sun shading device and louvered panel for air exchange.