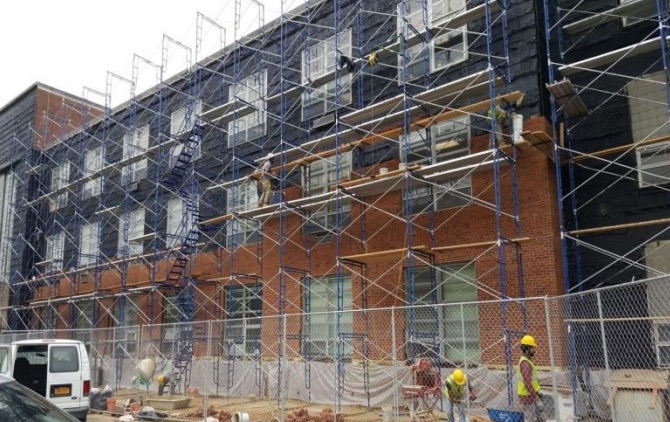 The Great Neck school board has approved a $1.9 million contract for a construction management firm to oversee the district’s $77.8 million capital plan.

The Island Now reports that Savin Engineers of Pleasantville, N.Y., was awarded the contract to make sure the projects come in on time and on budget,

Three companies responded to the district’s request for proposals from prospective construction managers, said Alfredo Cavallaro, the district’s director of facilities and operations.

The five-year capital program is funded mostly by a $68.3 million construction bond approved by the voters in May. About $9.5 million is being drawn from the district’s reserve funds to pay for the rest of the work.

Among the biggest projects are roof replacements, masonry reconstruction and window and door replacements, which are expected to cost $51.7 million.

Construction is slated to begin in the summer of 2018, pending approval of the work by the state Education Department.

At the Sept. 18 school board meeting, school district superintendent Teresa Prendergast reviewed the numerous maintenance projects that were completed throughout the district over the summer, funded by a separate capital reserve fund established in 2015.

The summertime work included masonry repairs, drainage and paving work throughout the district, the installation of a new 7,500-gallon fuel oil tank at E.M. Baker Elementary School, and replacement of the original auditorium seats at Parkville School and the greenhouse at South Middle School.

The buildings “are sparkling clean” and were ready for more than 6,500 students who returned to school Aug. 31, Prendergast, said.

The Katerra and building technology story